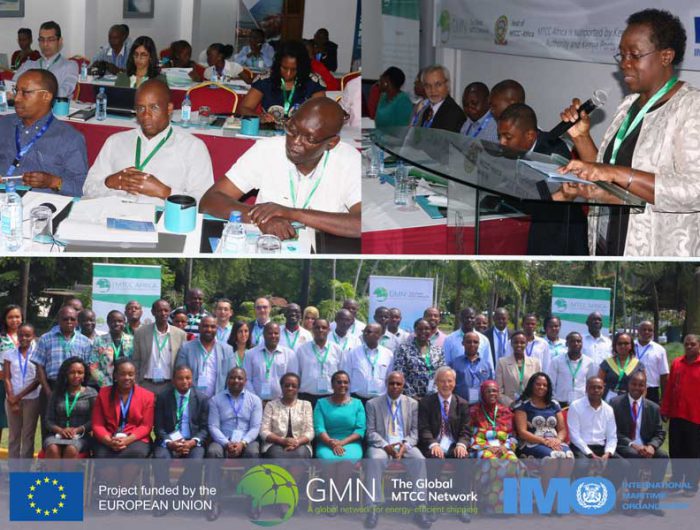 MTCC-Africa held its first National Workshop on the 19th and 20th June 2017 in Mombasa, Kenya.

It was a sensitization event on climate change mitigation measures able to assemble together the different actors from the maritime shipping industry, Government Agencies and Learning Institutions.
The purpose of this workshop was to introduce the GMN project to the participants as well as introduce the vision and objectives of MTCC-Africa to the different stakeholders.

During the event, MTCC-Africa had the opportunity to outline the social-economic effects of climate change mitigation measures taken by the EU and IMO (through conventions) but  also by the States (through legislation)

In addition, MTCC-Africa aimed to:
– Explain to the stakeholders the benefits of the project and the different role each should play in the achievement of MTCC-Africa goals and objectives
– Seek support from stakeholders (Shipping lines, Government Agencies and Institutions) for the success of MTCC-Africa, with emphasis on rolling out of demonstrable Pilot Projects
– Engage with different actors in climate change mitigation with the aim of further collaboration beyond the three years of European Union / IMO funding

On the last day the delegates were taken on a tour of Mombasa Port, courtesy of Kenya Ports Authority (KPA).

They visited Berth No. 16 where the pilot project “Onshore Power Supply to ships” is expected to be constructed, the Second Container terminal and the Regional Maritime Rescue Coordination Centre (RMRCC).