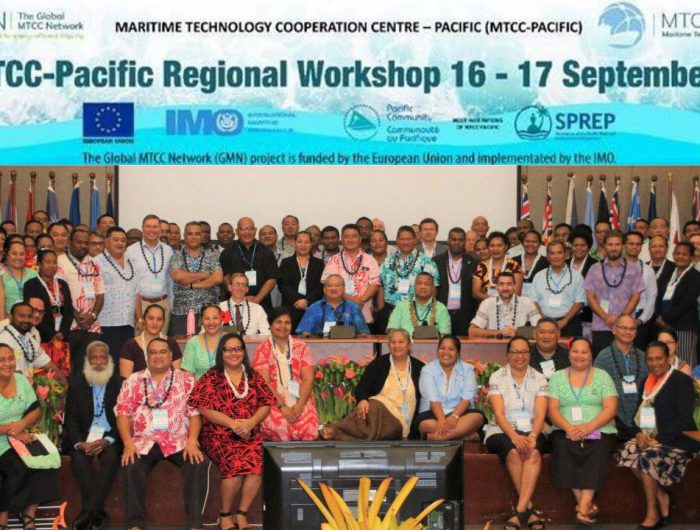 The MTCC-Pacific held its Second Regional Workshop in Apia, Samoa between 16 – 17 September 2019, with 220 participants (of which 26% were women) from 19 countries. Participants included senior Government, academia and private sector representatives. Special emphasis was put on the achievements to reduce Greenhouse gas emissions and operating costs over the last two years of the MTCC-Pacific. Since 2017, MTCC-Pacific has engaged with 40 private and public ship operators and 8 port authorities to deliver capacity building and technical support for pilot projects.

The Minister of Works, Transportation and Infrastructure, Papalii Niko Lee Hang, welcomed the participants by requesting to consider continuing their support of the MTCC-Pacific and in-country presence throughout the Pacific. The attendees also addressed the expectations for a strengthened linkage between governments and the Council of Regional Organisations in the Pacific (CROP) agencies including the Pacific Community (SPC) and the Pacific Regional Environment Programme (SPREP).

One result of MTCC-Pacific pilot projects was that domestic vessels in Vanuatu and Samoa were installed with marine solar systems on board ships, which reduce fuel consumption in port and also reduce the consumption of fuel needed for electricity generation at sea. Lights, fresh-water pumps, and systems like the air-conditioning, hot plates and refrigerators can now all be powered by solar. It is expected that these measures will considerably reduce GHG emissions and for the Vanuatu domestic vessel, can save up to 32%per year on operational costs, equivalent to A$48,000.